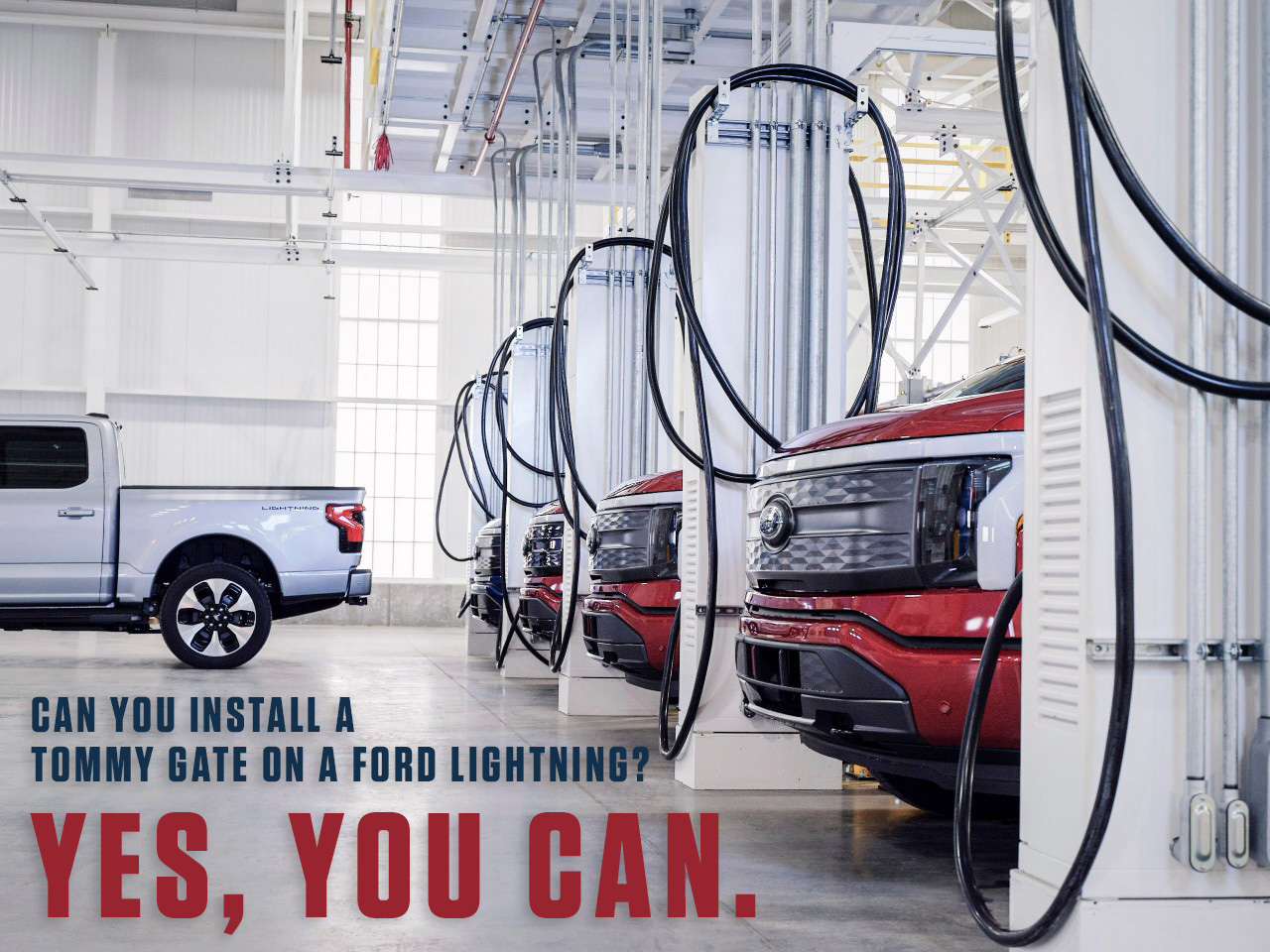 Can you install a Tommy Gate on a Ford Lightning? Yes, you can.

Our engineers have conducted extensive testing to ensure that using a Tommy Gate has the least possible impact on the range of your electric vehicle. We think you will like what we discovered: an energy-efficient liftgate for all-electric pickup trucks. 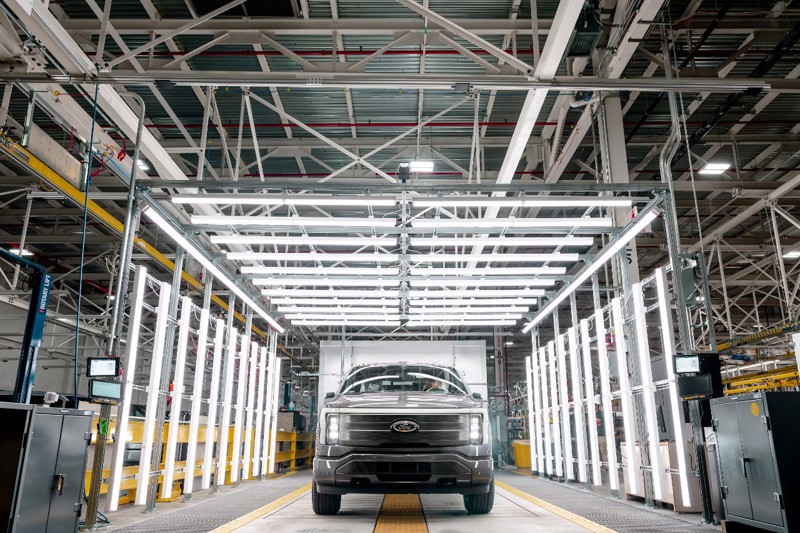 Excitement is building as the new Ford® F-150 Lightning arrives at upfitters across the country. With it comes a slew of questions about how this new all-electric pickup truck will affect job sites and final-mile services. Although we can't answer all of your questions, we can answer two of them:

The simple answer to both of these questions is: Yes, you can install a G2 Series Liftgate on a Ford Lighting, while minimally reducing your driving range.

PUTTING THE G2 SERIES LIFTGATE TO THE TEST

We brought the 2022 Ford F-150 Lightning to our Iowa engineering facility and started testing. Due to preliminary data and open lines of communication with Ford regarding the battery system, we were confident that the G2 Series liftgate could be successfully installed. However, we were curious about the battery requirements for multiple, fully loaded liftgate cycles, and whether the Lightning's battery system would be able to meet the requirements of the liftgate. 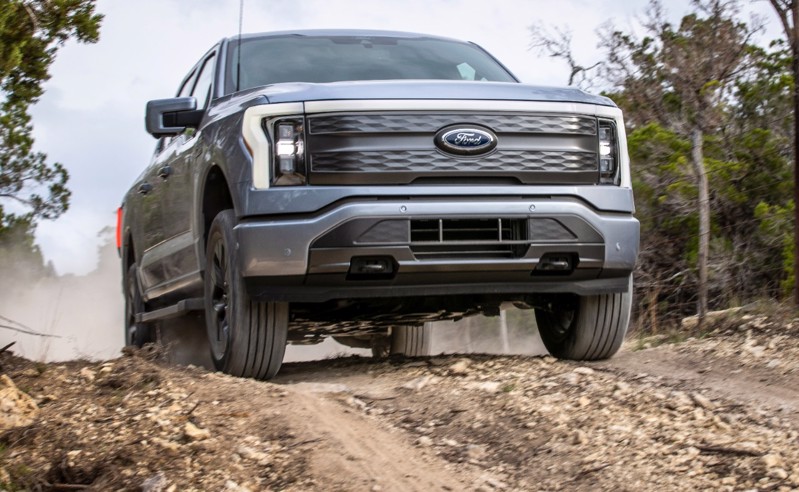 Through preliminary testing, we identified additional components needed to link the liftgate with the Lightning’s battery system. Unlike the E-Transit, which has a 12V electrical system similar to the previous Transit ICE version (Internal Combustion Engine or gas engine), the F-150 Lightning has a smaller 12V battery (35Ah) than its ICE counterpart. Due to the smaller battery capacity, Tommy Gate recommends adding an additional auxiliary 12V battery and a DC-DC charger.

Tommy Gate recommends this system because it reduces the load on the truck's OEM 12V battery while keeping the auxiliary 12V battery fully charged at all times. 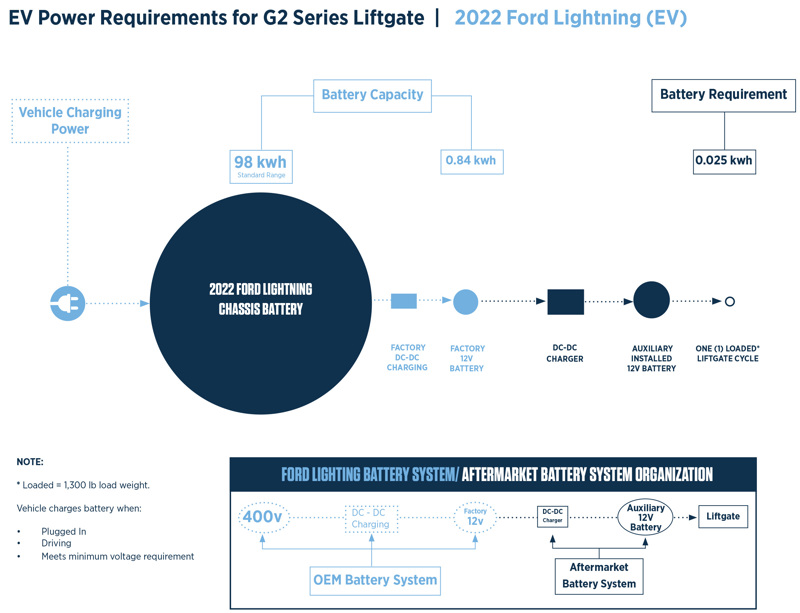 The above graphic indicates how the 2022 Ford F-150 Lightning's battery system charges and how the liftgate uses power.

We were able to cycle-test the G2 Series Liftgate after connecting the recommended battery system to the Ford Lightning’s battery system. Our findings were similar to those of the E-Transit cycle test. The driving range decreased by only 4 miles after 50 fully-loaded (1,300 lbs) liftgate cycles, far more than typical daily use.

We repeated the same cycle test for every ignition key position² and charging status³. Again, we attempted to create a scenario in which the Lightning would underperform; in other words, we attempted to fail, but were unable to do so.

Like the E-Transit, the Lightning never showed signs of slowing down. As previously stated, the Lightning’s battery (98kWh) recharges the factory 12V battery via an onboard DC-DC charger, thus charging the installed battery system. Its capacity is more than 116 times that of the 12V battery, providing you with enough driving range and power to easily lift load after load. 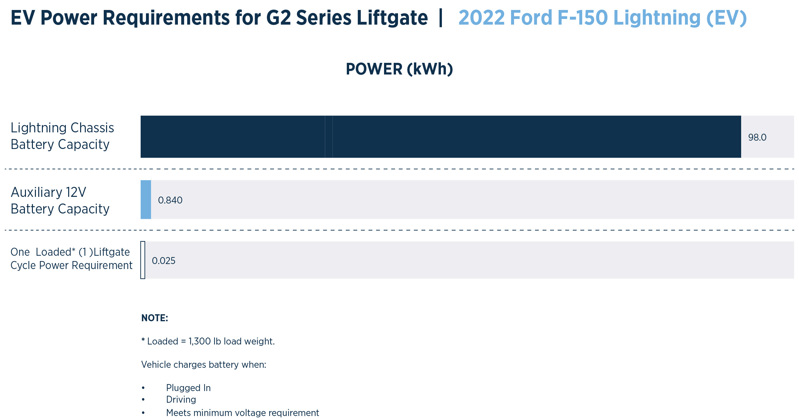 The above graphic indicates how the 2022 Ford E-Transit's battery system charges and how the liftgate uses power.

DOES ANYTHING CHANGE FOR A TOMMY GATE ON A FORD LIGHTNING?

The short answer is that it changes things for the better.

This type of charging is changing our outlook on how liftgates receive and continue to receive lifting power. With a traditional ICE vehicle, the car must be turned on to charge the 12V battery. This is not the case with the all-electric Lightning, giving operators more power to lift load after load without ever turning the vehicle on. 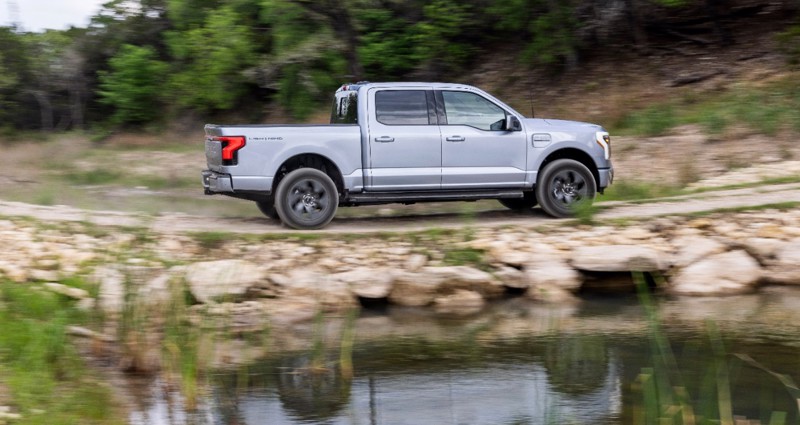 We are only scratching the surface of what the future may hold for our industry, and it appears that EV vehicles will play a role in changing how we view features and benefits for commercial drivers. Tommy Gate is determined to help our customers find solutions in this new EV frontier. The fact that the G2 Series liftgate is fully compatible with the 2022 Ford F-150 Lightning is only the beginning. We are committed to providing energy-efficient lifting solutions for your commercial trucks and fleets, both ICE and all-electric.

To stay up-to-date on everything Tommy Gate and how we are working on adding functionality to your commercial vehicles, sign-up for our newsletter HERE or follow us on social media. 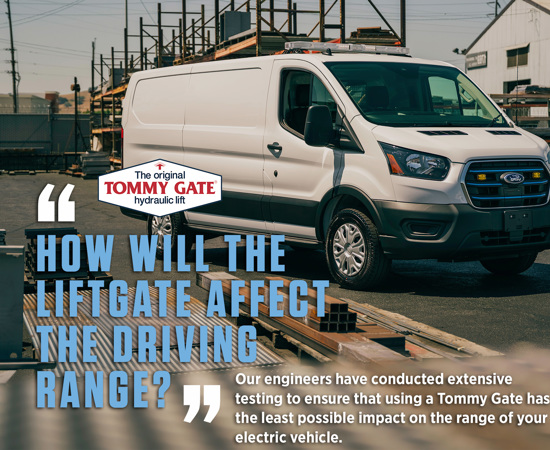 Is EV range on your mind? Let us put you at ease.

Our engineers have conducted extensive testing to ensure that using a Tommy Gate has the least possible impact on the range of your electric vehicle. We think you will like wh…