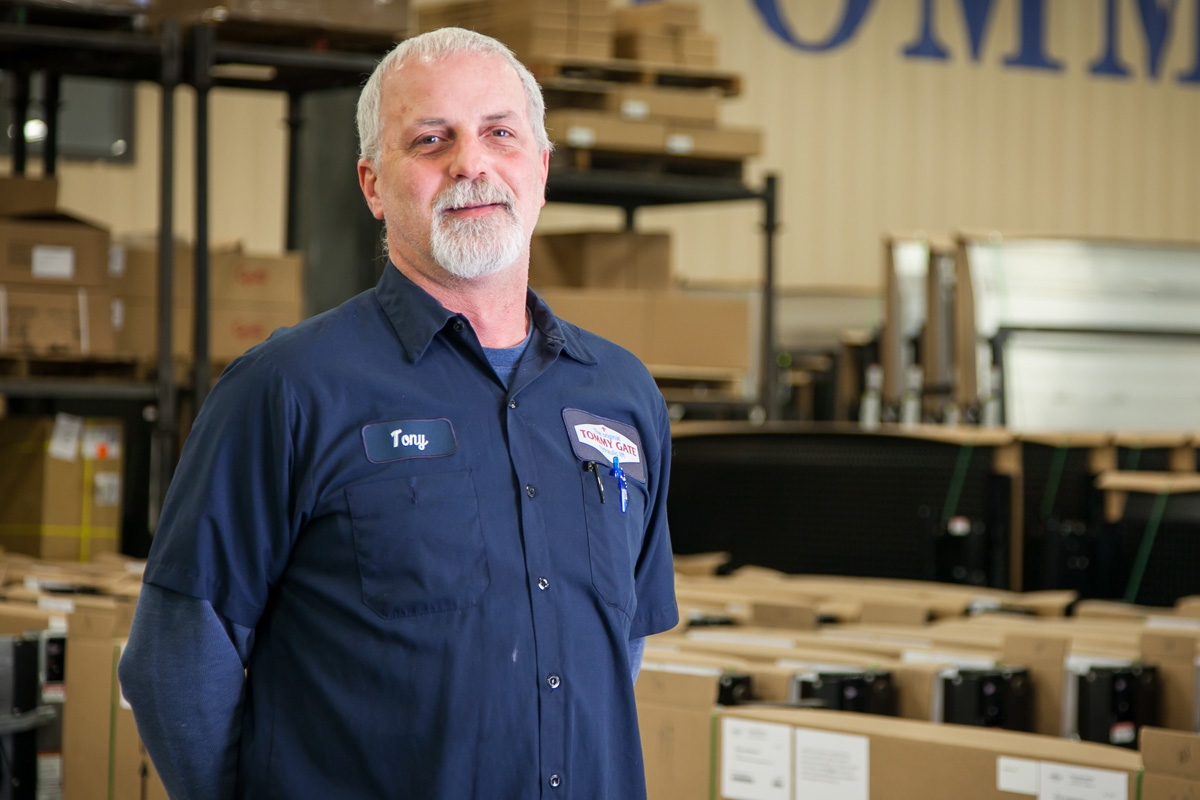 A number of valuable TG employees have reached notable milestones with the company over the past year.

The Tommy Gate factory in Woodbine, Iowa employs so many hard-working and highly-skilled men and women. Every one of them is truly an asset to the team. Here are a few Tommy Gate team members who have reached noteworthy milestones over the past 12 months. Tommy Gate cannot thank them enough. 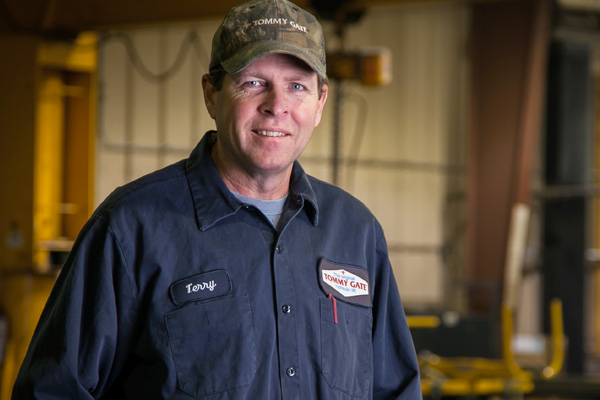 Terry Oestmann, Tommy Gate Tuckunder Department Supervisor, has just celebrated his 15th anniversary with the company. Around the Woodbine factory Terry is known as just about as genuine as a person can be. He is an extremely talented welder, tremendously reliable co-worker, and as humble a man as you’ll ever meet. Deep down, Terry wants to be a full-time cowboy. He and his daughters rodeo every chance they get, and we pity anyone who tries to rodeo better than they do (the titles and trophies they’ve won between the three of them are numerous). Tommy Gate wants to thank Terry for everything he does, but mostly, just for being Terry. Thank you, Terry. 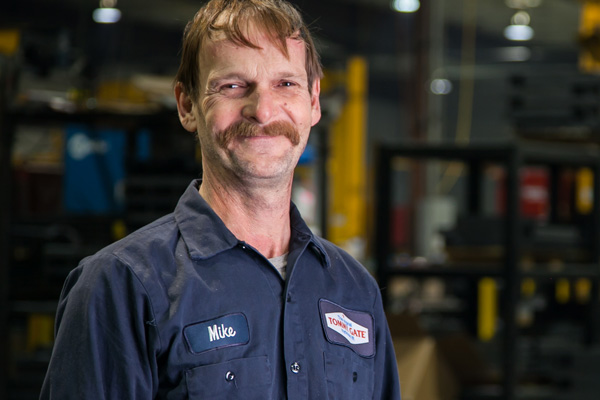 Cable & Extruded Aluminum Welder, Mike Ferguson, has been a highly-valued Tommy Gate employee now for 15 years. During that time, Mike has shown masterful skill in his work and a constant eagerness to help his fellow team members. Mike is always on site early, “hopelessly obsessed” with his dog, Cheyenne, and a world-class bean bag player. Tommy Gate thanks Mike for all of his efforts over the past decade and a half. Thank you, Mike, you're the best. 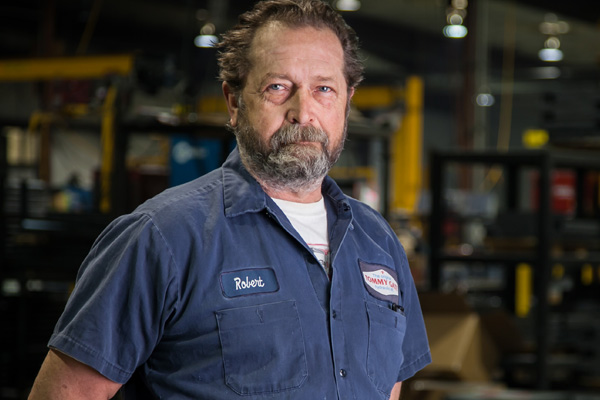 Today, Robert Malone, Tommy Gate Parts Welder, is celebrating his 20th anniversary with the company. For twenty years, Robert’s commitment, expertise, and abilities have proven to be a valuable component of the Tommy Gate Team. When not being very good at his job, Robert loves riding his Harley and being a grandfather (and there’s no doubt he excels at those as well). Tommy Gate wants to thank Robert for everything he does. Thank you, Robert. 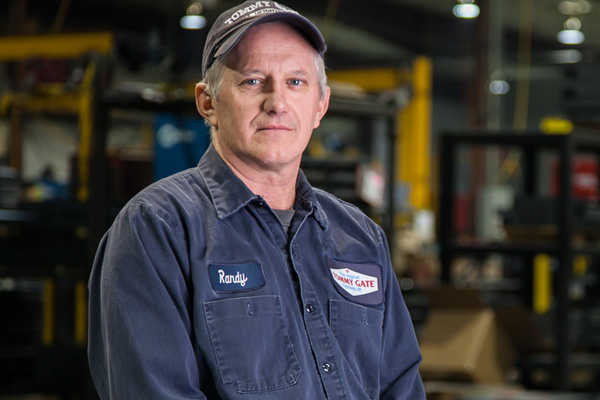 Randy Taylor, Chain and Cable Assembly Technician, has been with Tommy Gate for 20 years as of today. No matter who you ask, the praise for Randy is high. For two decades he has been a “hardworking,” “reliable,” “knowledgeable,” and “great-to-work-with” member of the Tommy Gate team. (And, he loves hauling scrap metal!) Tommy Gate would like to thank Randy for all of his hard work and dedication over the years. Thank you, Randy. 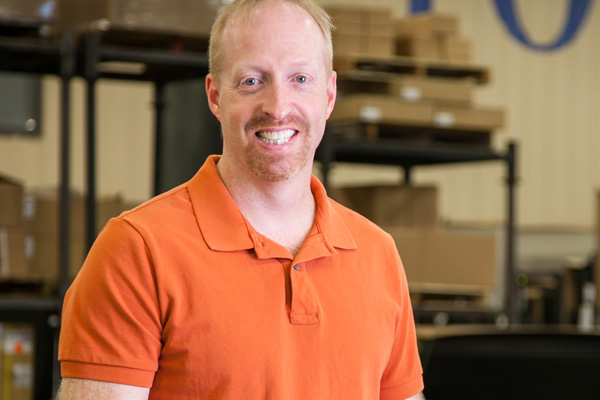 Tommy Gate Customer Service & Sales Specialist, Mark Baxter, has just celebrated his 20th work anniversary. Mark is a veritable encyclopedia of all things Tommy Gate. During his time with the company, Mark has been a liftgate painter & assembler, pump and cylinder specialist, and inside sales and customer service superstar. Mark’s attitude and work ethic are exemplary and he is always eager to help out wherever needed. The Tommy Gate sales and customer service department would not be the same without him. Tommy Gate thanks Mark for everything he does. Thank you, Mark. 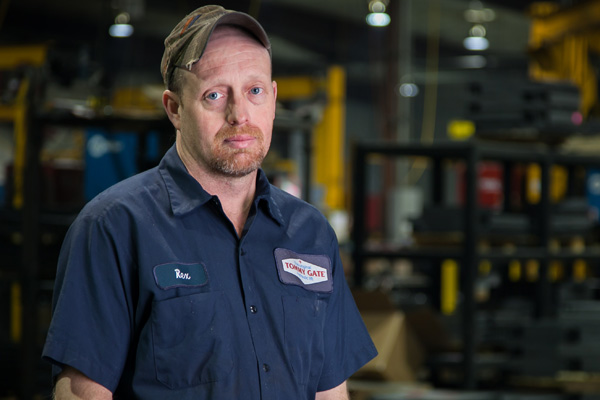 Rex Baxter, G2 Welder, has been an outstanding Tommy Gate employee for 20 years as of today. Rex welds the platforms on the larger G2 and Original Series liftgates that get installed on Flatbeds and Box Trucks all over the country. During his time with Tommy Gate, Rex has always been hardworking and dedicated. And his daughter, Sonya, is graduating from Woodbine High School this year. Tommy Gate wants to thank Rex for all of his efforts over the years. Thank you, Rex! 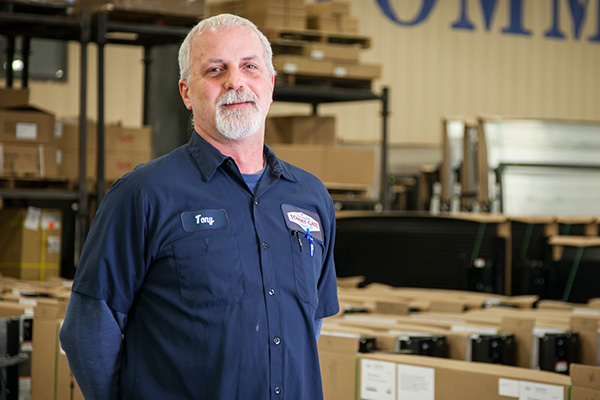 Tommy Gate Shipping Manager, Tony Ritterbush, has been with the company for 30 years as of this January. Tony is a race car driver who likes to sing while he works. He is eager to offer help to those around him and his co-workers love him. His leadership and attention to detail keep the shipping department operating smoothly (even during the most hectic of times). Tony is a big asset to Tommy Gate. And Tommy Gate thanks him for everything he does. Thank you, Tony. 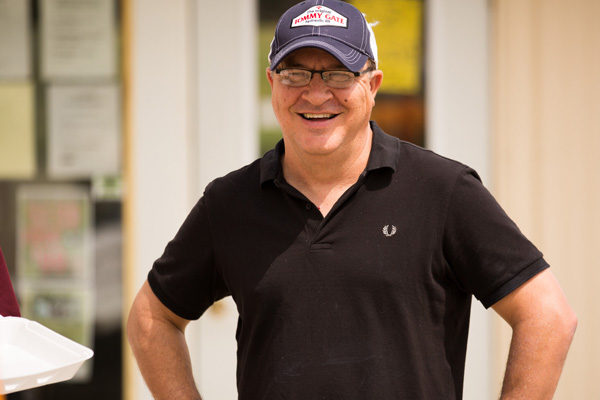 Allen Birmingham, Tommy Gate's National Sales Manager, recently celebrated his 25th anniversary with the company. He and his sales team are responsible for every Tommy Gate sold over the last two and a half decades, and for a great many of our customers. Allen truly is the "face" of Tommy Gate. There is no better representative, as Allen tirelessly cares for every customer and exudes an enthusiastic passion for the industry. He is an integral part of the company's past, present, and future and Tommy Gate is extremely grateful. Thank you Allen! 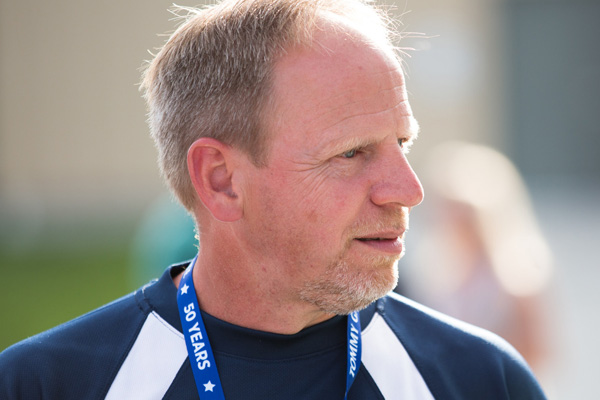 Tommy Gate Customer Service Manager, Bruce Pauley, just recently celebrated his 20th anniversary working at the Woodbine, Iowa manufacturing plant. Back in 1996 Bruce started out in assembly on the shop floor. Over the years his wealth of product knowledge and rational, even-keeled temperament made him a natural for customer service. Bruce is always looking for ways to improve work flow and constantly gets the job done. Tommy Gate wants to take this opportunity to thank Bruce for all of his efforts spanning the past two decades. Thank you, Bruce! You’re the best. 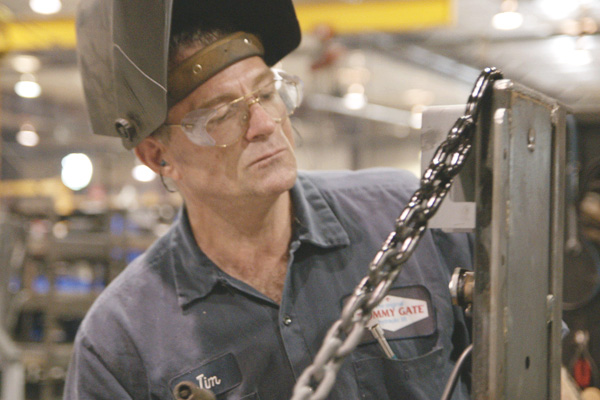 Shipping Clerk Jim Bexten recently had his 15th anniversary as part of the Tommy Gate team. Although currently in the parts department, Jim previously worked as a Liftgate Assembler and as the Final Assembly Inspector. With his enormous wealth of knowledge, Jim can be counted on to do any job the plant can throw at him. And he is as pleasant and reliable as anyone you’ll ever meet. Tommy Gate thanks Jim for everything he does. Thank you, Jim! 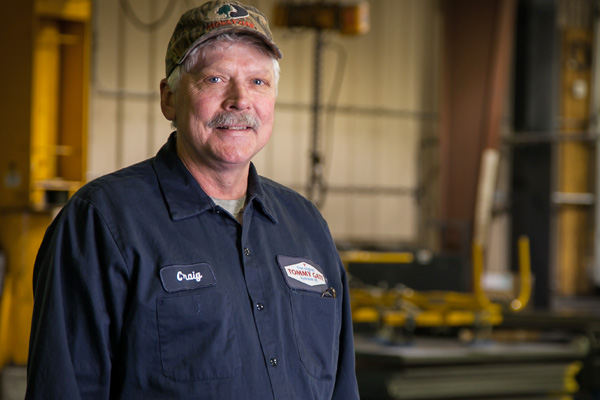 As of this month Craig Bruck – Maintenance Supervisor – has been a vital part of operations at the Tommy Gate factory for 20 years. Craig is always on the move and can fix absolutely anything. He has forgotten more about welding and repair than most folks will ever know. He is a huge part of why Tommy Gate is successful and we wish to thank him for his invaluable contributions over the years. Thank you, Craig! You’re the best. 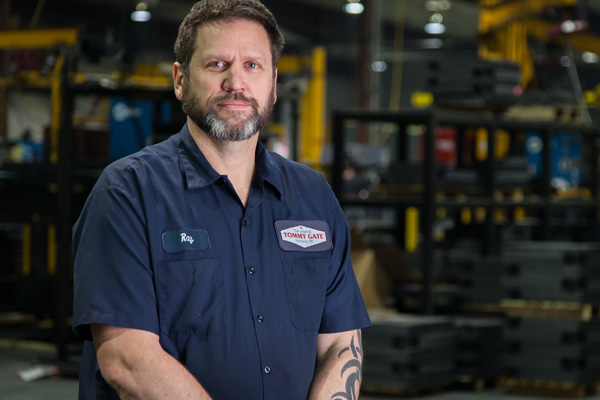 Raymond Zach, Cable Gate Assembler, just recently celebrated his 10th year working on the Tommy Gate team. A model employee, Ray is extremely punctual, detailed, and organized (traits no doubt acquired during his time in the Navy). When not at work Ray can be seen taking his dog to and from his farm or participating in shooting contests with old fashioned revolvers. Ray is both a skilled painter and assembler, leading plant manager Bill Wendt to say, “I am pretty sure he can do anything.” Tommy Gate wants to thank Ray for all he does. Thank you, Ray, you're awesome!