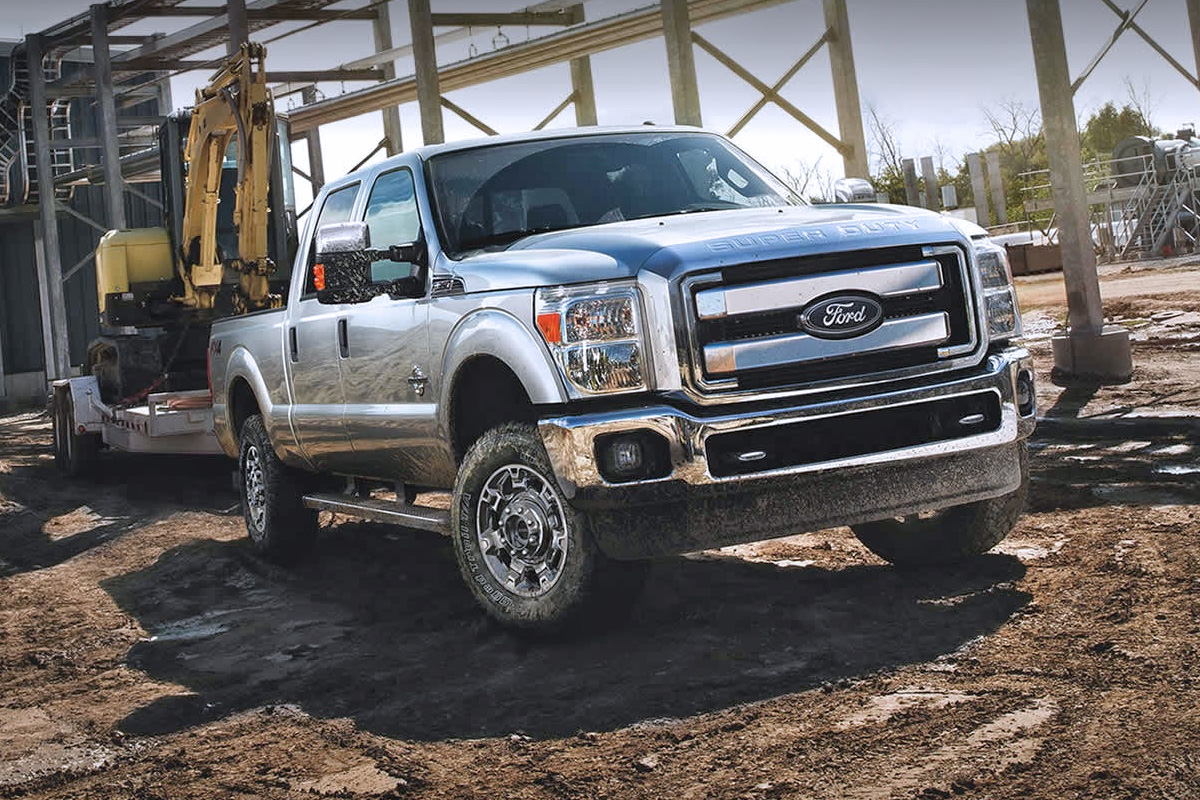 Ford's Superduty series of pickups are among the most popular choice of work truck for almost any industry, and Tommy Gate has new applications and optional equipment to help those trucks work as best as possible.

Earlier in 2015 Tommy Gate released mounting brackets for the new 2016 Superduty vehicles for both G2- and Original-Series liftgates. Although those brackets were expected to need an update, they ultimately did not.

Ford had originally planned for the 2016 Superduty trucks to adopt the same, new aluminum bodies that the F-150's presented in 2015. However, Ford had to push those plans back to 2017, and so the 2016 Superduty did not undergo any major changes.

View the updated application chart for G2-Series liftgates on the G2-Series models page.

Although the new superduty models didn't change too much, one aspect of all new pickups are the factory rear cameras and sensors. In order to make the installation of a liftgate compatible with these features, Tommy Gate has created optional backup bars which reposition factory-installed rear cameras and sensors. And just recently, Tommy Gate updated the Backup Bar Application Chart and Installation Instructions to include the 2016 Ford Superduty models. Those new installation kits are scheduled to be available to ship by the end of the month.

Tommy Gate Rear Camera and Sensor Bars are specifically designed to fit seamlessly along the bottom of the liftgate mainframe in a manner that is aesthetically appealing while still retaining component functionality.